How to Install Perl Modules Using CPAN on CentOS 8 - DesignLinux

The Comprehensive Perl Archive Network (CPAN in short) is a popular central repository of currently 188,714 Perl modules in 40,986 distributions. It is a single location where you can find, download and install any of the incredible (and still growing) collection of Perl libraries.

It has 25,000 modules available and it is mirrored on servers around the world. It also supports automated testing: cross-platform and on multiple versions of Perl, and bug tracking for every library. Also, you can search it using various sites on the web, which offer tools such as grep, version-to-version diff as well as documentation.

The CPAN Perl module is a core module that allows you to query, download, build and install Perl modules and extensions from CPAN sites. It has been distributed with Perl since 1997 (5.004). It includes some primitive searching capabilities and supports named and versioned bundles of modules.

In this article, you will learn how to install Perl and Perl modules in CentOS 8 using CPAN.

How to Install Perl CPAN Module in CentOS 8

Before you can use CPAN, you need to install the Perl-CPAN package, using the DNF package manager as shown. 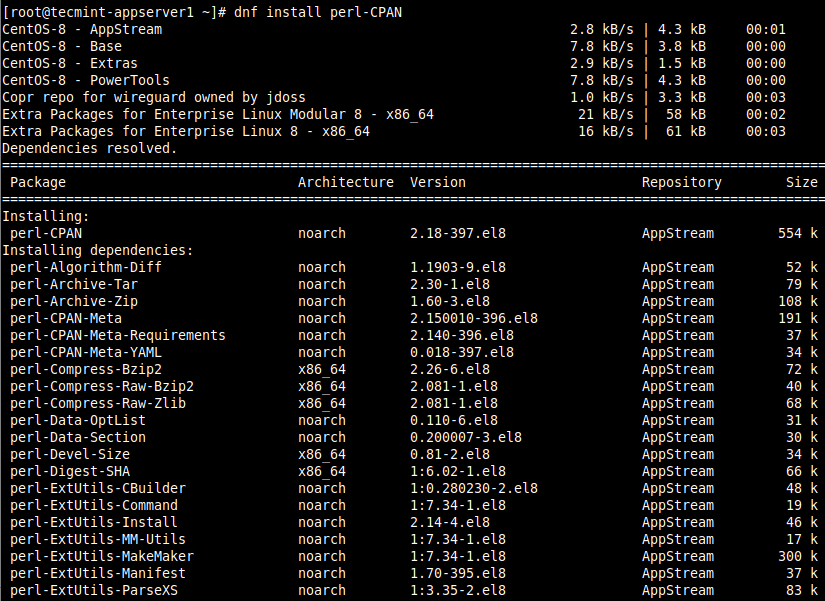 Note: Although most Perl modules are written in Perl, some use XS – they are written in C and so require a C compiler which is included in the Development Tools package. 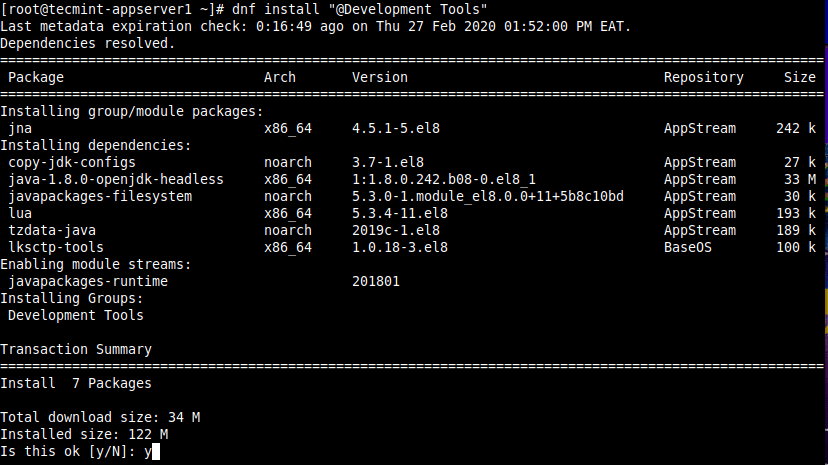 To install Perl modules using CPAN, you need to use the cpan command-line utility. You can either run cpan with arguments from the command-line interface, for example, to install a module (e.g Geo::IP) use the -i flag as shown.

The following screenshot shows the module Geo::IP has been installed on the system.

Alternatively, you can run a cpan without arguments to start CPAN.pm shell. Then use the install sub-command to install a module (e.g Log::Log4perl) as shown.

To list all installed Perl modules with their versions, use the -l flag as shown. 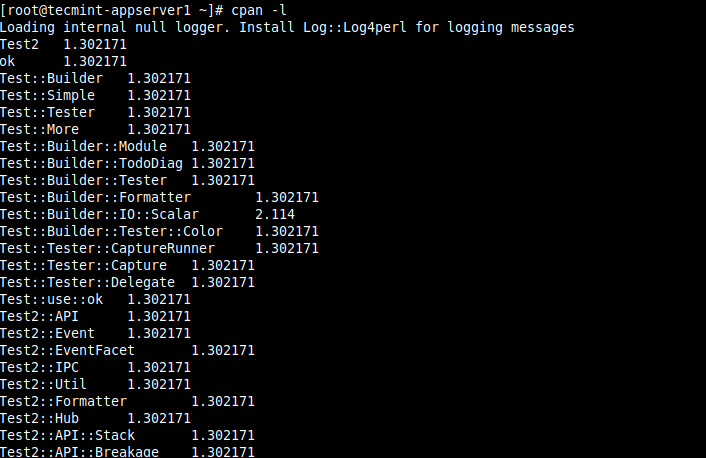 How to Search a Perl Module Using CPAN

To search a module, open the cpan shell and use the m flag as shown. 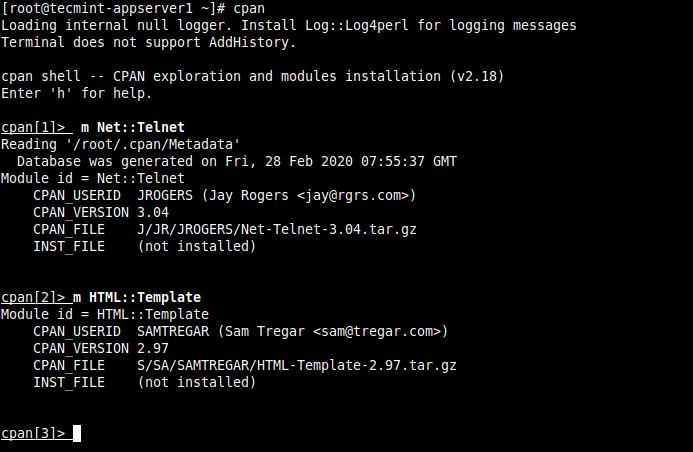 For more information, read the cpan manual entry page or get help from the CPAN shell using the help command.

App::cpanminus(cpanm) is another popular module used to download, unpack, build and install modules from CPAN. To get it working on your system, install the App::cpanminus module as shown. 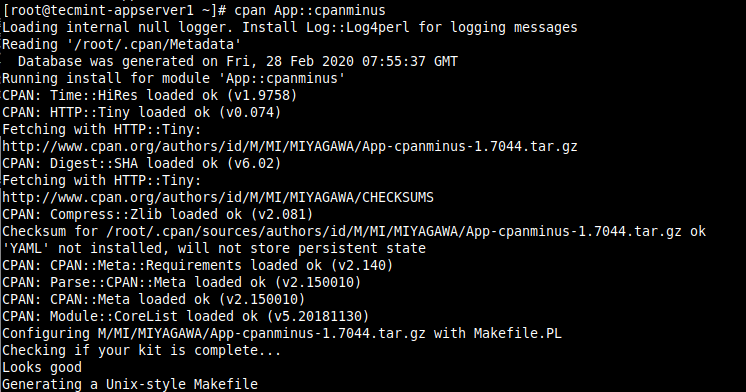 You can install a module using cpanm as shown.

How to Install Perl Modules from Github 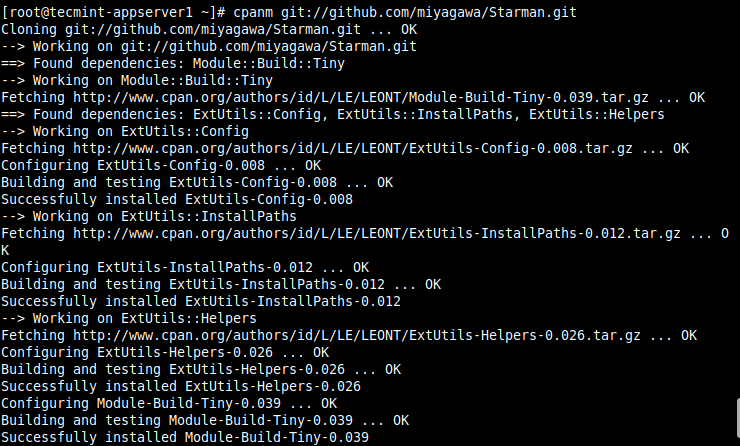 CPAN is a single location where you can find, download and install Perl modules; it currently has 192,207 Perl modules in 41,002 distributions. If you have any queries, share them with us via the feedback form below.

How to Set Up NFS Server and Client on CentOS 8

How to Install NextCloud on CentOS 8