basename is a command-line utility that strips directory and trailing suffix from given file names. Using the basename Command # The basename command supports two syntax formats: basename NAME [SUFFIX] basename OPTION… NAME… basename takes a filename and prints the last component of the filename. Optionally, it can also remove any trailing suffix. It is

Go is a popular programming language created by Google. The first release was on November 10, 2009, and version 1.0 was released in 2012. It is a pretty new language compared to languages like Java, Python, C, C++, etc.. which has been in the market for more than 15 plus years. Go was Implemented with

How to Install and Use Flatpak on Linux

How to Install and Use Thonny Python IDE on Linux

Thonny is an Integrated Development Environment (IDE) for Python beginners. It is created with Python and released under MIT License. It is cross-platform and can run in Linux, macOS, Windows. Related Article: 10 Best Python IDEs for Linux Programmers in 2020 Why Thonny IDE If you are new to programming or someone switching from a

How to Convert Integer into String in Python

Python has several built-in data types. Sometimes, when writing Python code, you might need to convert one data type to another. For example, concatenate a string and integer, first, you’ll need to convert the integer into a string. This article explains how to convert a Python integer to a string. Python str() Function # In

Sysmon is a Linux activity monitoring tool similar to Windows task manager, was written in Python and released under GPL-3.0 License. This is a Graphical visualization tool that visualizes the following data. By default distribution like Ubuntu comes with a system monitor tool, but the drawback with the default monitor tool is it does not 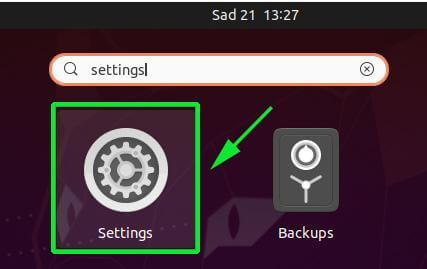 How to Configure Static IP Address on Ubuntu 20.04

Usually, when a client system connects to a network via WiFi or an ethernet cable, it automatically picks an IP address from the router. This is made possible through the DHCP server which auto-assigns IP addresses to clients from a pool of addresses. The drawback with DHCP is that once the DHCP lease time has It’s not uncommon to run into an issue of broken packages in Ubuntu and other Debian-based distributions. Sometimes, when you upgrade the system or install a software package, you may encounter the ‘Sub-process /usr/bin/dpkg returned an error code’ error. For example, a while back, I tried to upgrade Ubuntu 18.04 and I bumped into the It’s a best practice to make bash script in a clean and understandable way. You can make you code clean and arrange by indenting, blocks and giving related names of variables and functions. You can also improve the code readability using comments. Comments are human-readable explanation or short description. In this article we will show