How to Install VirtualBox Guest Additions on CentOS 8 - DesignLinux

To start off, begin by installing the EPEL repository, in short for Extra Packages for Enterprise Linux, which is a repository that provides extra open-source software packages for RedHat flavors such as CentOS and Fedora.

To install the EPEL repository on CentOS 8, run the following dnf command on the terminal. 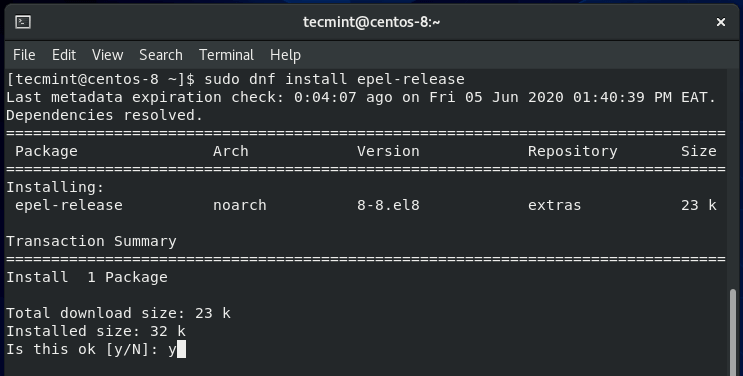 Once installed, confirm the version installed by running the command.

With the EPEL repository installed, proceed and install the kernel headers and build tools required to install the guest additions as shown. 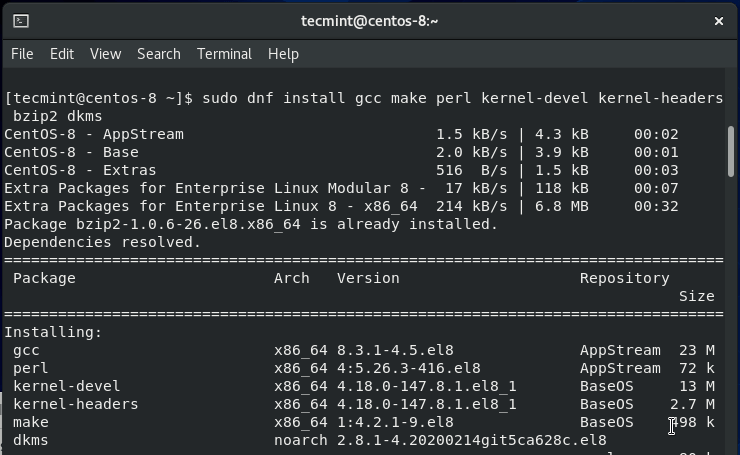 To resolve the issue, update the Linux kernel by running the command: 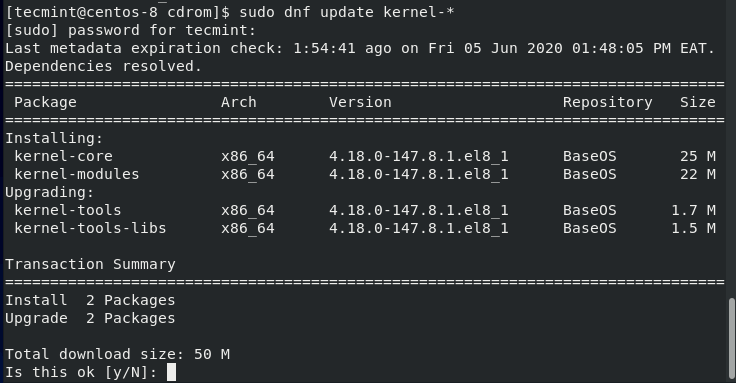 Once prompted, press 'Y' and hit ENTER to continue with the update. When the update the complete, reboot your CentOS 8 system.

During the reboot, be sure to boot into the latest kernel entry that corresponds to the kernel-devel version. This is usually the first entry as you can see. 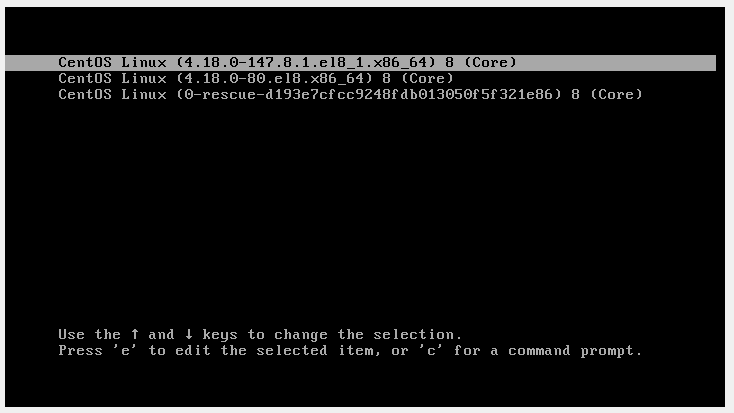 Once the system is done with booting, log in and once again confirm that the kernel-devel version now matches the version of the Linux kernel.

The two versions are now in sync. Great! Now you can go ahead and install VirtualBox guest additions.

There are two ways to install guest additions, and we will cover both ways here:

To install the VirtualBox guest additions, Head out to the menu bar and click Devices –> Insert Guest Additions CD image. 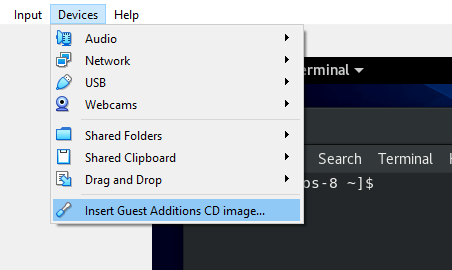 A pop will appear as shown. From here, you can take two approaches:

You can hit ‘Run‘ and later authenticate when prompted. Thereafter, you will see some verbose output on the terminal. Once the installation is done, reboot the system and boot into a full-screen.

The second option is to install a command-line. To achieve this, choose ‘Cancel’ option and thereafter, open your terminal and create a mount point for the guest additions ISO image.

Next, mount the ISO image on the mount point.

Then finally navigate to the mount location and run the VirtualBox installer script.

Once the script is done running, you will immediately observe the screen panning to full size. If this doesn’t happen in your case, reboot your system and finally boot into your full-screen CentOS 8 virtual machine 🙂 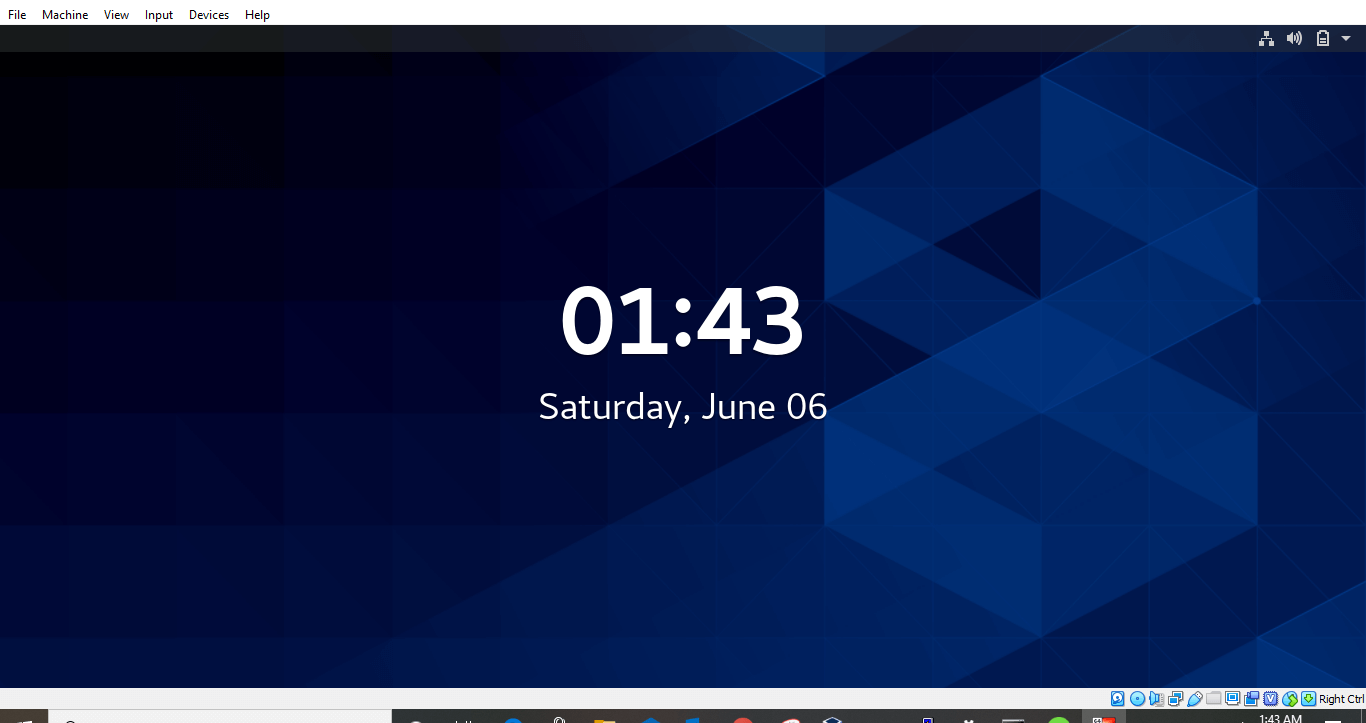 To enable mouse pointer integration, navigate to ‘Shared Clipboard‘ –> ‘Bidirectional‘. This enables you to copy and paste content between the host and guest system. 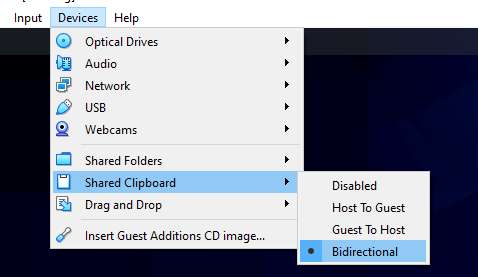 We hope this article has been helpful to you, If you encounter any challenges, please reach out to us. Thank you.

How to Install Vagrant on Ubuntu 20.04

A Beginners Guide to Snaps in Linux – Part 1